"A flag is a necessity for all nations. Millions have died for it. It is no doubt a kind of idolatry which would be a sin to destroy. For, a flag represents an Ideal The unfurling of the Union Jack evokes in the English breast sentiments whose strength it is difficult to measure. The Stars and Stripes mean a world to the Americans. The Star and the Crescent will call forth the best bravery in Islam."

"It will be necessary for us Indians Muslims, Christians Jews, Parsis, and all others to whom India is their home-to recognize a common flag to live and to die for." 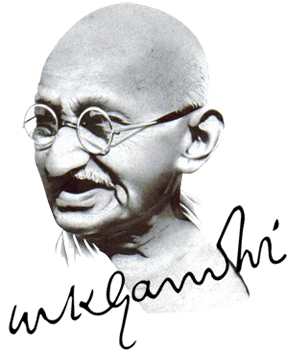 Every free nation of the world has its own flag. It is a symbol of a free country. The National Flag of India was adopted in its present form during the meeting of Constituent Assembly held on the 22 July 1947, a few days before India's independence from the British on 15 August, 1947. It served as the national flag of the Dominion of India between 15 August 1947 and 26 January 1950 and that of the Republic of India thereafter. In India, the term "tricolour" refers to the Indian national flag.

The National flag of India is a horizontal tricolor of deep saffron (kesari) at the top, white in the middle and dark green at the bottom in equal proportion. The ratio of width of the flag to its length is two to three. In the centre of the white band is a navy blue wheel which represents the chakra. Its design is that of the wheel which appears on the abacus of the Sarnath Lion Capital of Ashoka. Its diameter approximates to the width of the white band and it has 24 spokes.

Evolution of the Tricolour

It is really amazing to see the various changes that our National Flag went through since its first inception. It was discovered or recognised during our national struggle for freedom. The evolution of the Indian National Flag sailed through many vicissitudes to arrive at what it is today. In one way it reflects the political developments in the nation. Some of the historical milestones in the evolution of our National Flag involve the following:

The first national flag in India is said to have been hoisted on August 7, 1906, in the Parsee Bagan Square (Green Park) in Calcutta now Kolkata. The flag was composed of three horizontal strips of red, yellow and green.

The second flag was hoisted in Paris by Madame Cama and her band of exiled revolutionaries in 1907 (according to some inl9OS). This was very similar to the first flag except that the top strip had only one lotus but seven stars denoting the Saptarishi. This flag was also exhibited at a socialist conference in Berlin.

The third flag went up in 1917 when our political struggle had taken a definite turn. Dr. Annie Besant and Lokmanya Tilak hoisted it during the Home rule movement. This flag had five red and four green horizontal strips arranged alternately, with seven stars in the saptarishi configuration super-imposed on them. In the left-hand top corner (the pole end) was the Union Jack. There was also a white crescent and star in one corner.

During the session of the All India Congress Committee which met at Bezwada in 1921 (now Vijayawada) an Andhra youth prepared a flag and took it to Gandhiji. It was made up of two colours-red and green-representing the two major communities i.e. Hindus and Muslims. Gandhiji suggested the addition of a white strip to represent the remaining communities of India and the spinning wheel to symbolise progress of the Nation.

The year 1931 was a landmark in the history of the flag. A resolution was passed adopting a tricolor flag as our national flag. This flag, the forbear of the present one, was saffron, white and green with Mahatma Gandhi's spinning wheel at the center. It was, however, clearly stated that it bore no communal significance and was to be interpreted thus.

On July 22, 1947, the Constituent Assembly adopted it as Free India National Flag. After the advent of Independence, the colours and their significance remained the same. Only the Dharma Charkha of Emperor Asoka was adopted in place of the spinning wheel as the emblem on the flag. Thus, the tricolour flag of the Congress Party eventually became the tricolour flag of Independent India.

Colours of the Flag

In the national flag of India the top band is of Saffron colour, indicating the strength and courage of the country. The white middle band indicates peace and truth with Dharma Chakra. The last band is green in colour shows the fertility, growth and auspiciousness of the land.

This Dharma Chakra depicted the "wheel of the law" in the Sarnath Lion Capital made by the 3rd-century BC Mauryan Emperor Ashoka. The chakra intends to show that there is life in movement and death in stagnation.

On 26th January 2002, the Indian flag code was modified and after several years of independence, the citizens of India were finally allowed to hoist the Indian flag over their homes, offices and factories on any day and not just National days as was the case earlier. Now Indians can proudly display the national flag any where and any time, as long as the provisions of the Flag Code are strictly followed to avoid any disrespect to the tricolour. For the sake of convenience, Flag Code of India, 2002, has been divided into three parts. Part I of the Code contains general description of the National Flag. Part II of the Code is devoted to the display of the National Flag by members of public, private organizations, educational institutions, etc. Part III of the Code relates to display of the National Flag by Central and State governments and their organisations and agencies.

There are some rules and regulations upon how to fly the flag, based on the 26 January 2002 legislation. These include the following: 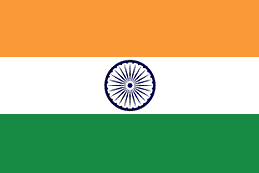